Brisbane is the capital of Queensland and a lovely city situated on the Brisbane River. This city is well-known for its outdoor eating culture, Spring Jacaranda Blossoms, and magnificent architecture. With its skillfully calibrated flavors and infusions of current Australian culinary methods, Japanese food has become an integral element of the eating landscape. Without any doubt, Brisbane is a flourishing multicultural city that is a paradise for food lovers, so it’s no surprise that this river city is overflowing with exquisite Japanese restaurants and cuisine.

Brisbane’s Japanese cuisine culture has always been vibrant, but it is now blossoming. Japanese food is often split into little portions or bite-size meals that are great for lunch and dinner time. Thanks to Japan’s Cuisine, there are plenty of great restaurants in Brisbane, from lively small yakitori and izakaya bars to splurge-worthy multi-course feasts. From traditional and modern to unusual flavor combinations, Brisbane’s best Japanese restaurants offer it all including ramen, sushi, okonomiyaki, gyoza, and many more. Also, there are many high-end restaurants too where professional sushi chefs skilfully ply their art with multi-course meals in worldly environments. In this blog, we have prepared a list of the best Japanese restaurants in Brisbane, which you can visit with your family and friends to enjoy fantastic Japanese cuisine.

Visit Yoko Dining in Brisbane for the energetic and vinyl-charged experience of Tokyo’s music bars. With two distinct levels, a curved staircase, and an eclectic menu of authentic Japanese favorites, it’s the perfect place to sample Robata charcoal cooking and Takoyaki. But that’s not all YOKO rock stations play classics from both western and eastern cultures below the tiled surface of their Takoyaki station to create an atmosphere you can’t find anywhere else. From 11 am–late 7 days a week, come to Yoko Dining for tunes that inspire happiness as you enjoy their soulful drinks!

Review on Delicious. – “Semi casual semi formal, but I really enjoyed the food there. Really nice staff, such as jack! Really enjoyed the eggplant – definitely cannot miss that. The edamame was also pretty good. Cool decor, there is an outside seating as well as a indoor and mezzanine – all with different atmospheres/vibes.”-Daryl “Dino”

At Harajuku Gyoza Albert Lane, they specialize in Japanese cuisine. Perfectly hand-formed gyozas are filled with the most carefully-chosen ingredients and fried to order for that perfect crisp. Teppanyaki dishes such as Hamburg steak, shabu hot pot, crumbed tonkatsu pork curry, chicken karaage, and wild chili poke bowls fill up the menu. To wash it all down, choose from Matcha Lattes and Okinawan Agaritas alongside delicious Japanese gins from Choya and flavorsome whiskies from Suntory! With a burst of classic and modern tastes that draw on tradition, there is something for everyone at Harajuku Gyoza Albert Lane!

Review on Restaurants Guru – “Gyoza’s were absolutely delicious . Getting the 2 for 1 deal on the Tuesday is a real bargain. Drinks are at a happy hour price up until 6pm so $5 cider, woo hoo!!! Staff were very friendly and attentive. Lovely atmosphere. Will definitely be back again” – Gary Mitchell

Diners at Kabuki Teppanyaki Restaurant in Brisbane can witness the theatrical experience of classic Japanese cooking. Expertly trained chefs use traditional techniques to prepare signature dishes like Takoyaki balls and Australian sirloin steak cooked on a teppan griddle and served with fresh, local seasonal produce for an unforgettable tasting experience. Come and see the spectacle as their chefs perform high-heat theatrics from the grill, delivering a unique teppanyaki experience with the freshest seafood and meats daily. Enjoy an immersive culinary performance at Kabuki Teppanyaki Restaurant it’s unlike anything you’ve ever tried before!

Review on Trip Advisor– “Came to Kabuki for my wife’s birthday. Service initially was quite disappointing. Arrived at 530 and after being ignored/forgotten for the first 15 minutes, finally ordered and offered drinks. Unfortunately sat until 6pm with none approaching us or anything. After watching all other tables being served and having a good time, we felt invisible and completely ignored, we were contemplating leaving to go somewhere else
Luckily, Chef Miguel arrived and was exceptional. Very entertaining and engaging. As someone who works in customer service, Miguel was outstanding and definitely rescued our evening. He is an absolute credit to Kabuki and would be the reason we would contemplate returning. Thank you for a great evening Miguel, the food you cooked and served was impeccable! ” – Wobbles184

At Bishamon Japanese in Spring Hill, Brisbane, you’ll discover a truly authentic Japanese dining experience. Their passion for traditional Japanese cuisine is reflected in their commitment to sourcing the freshest and highest quality ingredients from the finest local suppliers, guaranteeing a unique and delicious culinary journey. From sushi to tempura, teriyaki to udon noodles, and beyond, their extensive dinner or lunch offerings will leave your taste buds dancing! Come join them and let them show you why they are the premier destination for genuine Japanese food in Brisbane.

Review on Agfg – “Every time we are in the city we go to Bishamon for lunch. We feed my hubby, our son and myself for just $20. The lunch menue is fabulous, something for everyone, and average cost is only about $9. For that you get Soup (which comes to your table within 2 minutes of you sitting down) then, not even ten minutes later your meal comes. Served on a long plate you have also a bowl of rice, a bowl of salad with the most amaising dressing, and also you get two sushi rolls, which are made with the nicest nori I’ve tasted. I’ve had the Beef eye fillet steak for dinner and it was liturally melt in the mouth tender. The staff are wonderful and are only to happy to help you with anything. I would reccomend Bishamon to everyone but I want them all to myself! Just kidding, go there you won’t be sorry at all.” – AlittleSprite

Tenya is a must-visit destination for those looking to explore the best Japanese cuisine in Brisbane. Their menu features traditional dishes with modern twists, as well as classic cocktails with contemporary interpretations. Seafood lovers will appreciate their one-of-a-kind seafood dishes and award-winning sushi and sashimi, while meat eaters will be delighted by their delicious robatayaki grill or steakhouses. Enjoy your meal with beautiful views of the Brisbane Riverwalk through the full glass windows. Every meal prepared at Tenya is guaranteed to have an authentic taste thanks to its chefs using locally sourced ingredients.

Review on Facebook – “Absolutely amazing food!! Everyone took pictures & it tasted even better than it looked!! (save me another oyster!!) Brilliant wine list with enthusiastic bar staff, just call this my new local” – Jennifer Refinnej

Q.1 What Is Unique About Japanese Dining?

A. Japanese dining is unique in part because of its highly ritualized approach to preparing, serving, and consuming meals. This includes the intricate artistry of traditional vs modern sushi, the use of shared dishes for family-style meals, seasonal and regional variations in cuisine, and the emphasis on savoring food for both its taste and visual attractiveness.

A. Japanese style dining is referred to as Kaiseki. Kaiseki is an exquisite multi-course traditional Japanese dinner usually served in a private setting. It consists of multiple courses beautifully presented, made according to the chef’s theme, and seasonally fresh ingredients for a unique seasonal experience.

Q.3 How Many Courses In A Japanese Meal?

A. A typical Japanese meal consists of multiple courses. Traditional meals generally start with an appetizer, followed by sashimi, then grilled or simmered dishes, noodle dishes, and ending with rice and pickled vegetables. There are also ceremonial meals that may have up to 12 courses!

Q.4 What Is A Traditional Japanese Meal?

A. A traditional Japanese meal consists of several small dishes served in sequence. The most common staple dish is steamed white rice, which may be followed by a soup made with miso (a fermented soybean paste). Other dishes usually include a variety of seasonal vegetables, pickled vegetables or fruits, fish or seafood, and meat. These dishes are often shared among all the diners at the table.

Q.5 How Healthy Is Japanese Food?

A. Japanese food is often thought of as one of the healthiest cuisines in the world. It is known for its balanced meals using a variety of seafood, vegetables, and seaweed prepared in healthy cooking methods. The main staples are mostly plant-based; which contributes to why Japan has one of the lowest rates of obesity and highest life expectancies among developed countries. However, some traditional dishes may also include high sodium content or processed ingredients that can be detrimental to your health if consumed too often.

Q.6 What Is The Most Loved Japanese Food?

A. When it comes to Japanese cuisine, sushi is one of the most popular options. The delicate combination of sticky rice, seaweed, and a variety of fillings such as fish and vegetables make sushi an irresistible dish. Served cold or hot in various forms, including hand rolls and sashimi, this classic Japanese favorite has been around since the 8th century and continues to be enjoyed today by foodies from around the world.

Q.7 How Is Japanese Food Prepared?

A. Japanese cuisine is highly regarded for its unique flavors and complex preparation techniques. Cooking Japanese dishes typically involves a combination of fresh, seasonal ingredients, as well as a variety of cooking styles such as steaming, boiling, grilling, simmering, and frying. Salt, soy sauce, miso paste, and sake are traditional seasonings used in many popular dishes. Stocks such as dashi (made with kombu seaweed and bonito flakes) impart a distinct flavor to soups and other recipes.

Q.8 What Are The Main Ingredients Of Japanese Cuisine? 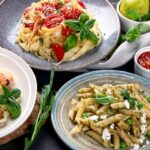 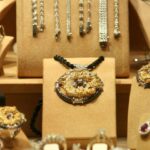 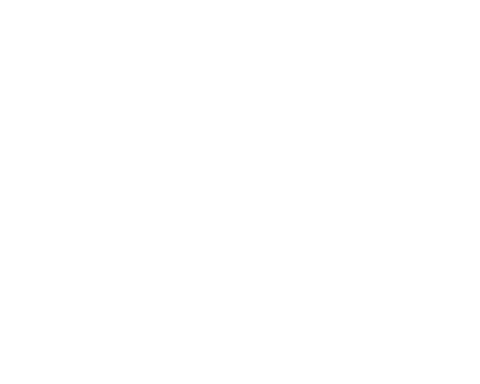 Let our team help boost the sales, leads and enquiries of your business.

We believe that Australia is a good place for connection, growth, and positive social impact. We are open to contributors who want to share their knowledge, experience, and advice about travel with the community on “I Love Aussie”. We love offbeat travel and discovering what makes a place unique. Our goal is to make you laugh & learn from insightful tips and stories.

Surely one of the most magnificent looking forays

Learn more about the best Asian Restaurants in Bri

Then this happened… What an absolute stunning gl

Final Christmas post had to be Evan Walker Bridge

Back to Top
Close

Your password reset link appears to be invalid or expired.

To use social login you have to agree with the storage and handling of your data by this website. %privacy_policy%